If you regularly read mental health or science blogs, you’ve probably seen some recent posts about the controversy over DSM 5. There is quite a bit of controversy about it, so in this blog I’m going to give an overview, and share some of my thoughts.

What is the DSM?

The “Diagnostic and Statistical Manual of Mental Disorders” (DSM) is a manual published by the American Psychiatric Association (APA) that defines mental disorders, and specifies the criteria for a clinical diagnosis. In other words, it is the commonly accepted authority for answering the question: does person X have the mental disorder Y?

The APA periodically publishes updated versions of the manual to reflect the latest research findings. The first version was published in 1952, and the 5th version (DSM 5) was published earlier this month. Since there is quite a bit of time between publications, it usually generates a lot of interest.

What is the controversy about?

Each version of the DSM introduces new disorders, and updates the criteria for existing ones. This leads to the following situations:

In both cases, the people and their symptoms haven’t changed. The only change is that a manual has been published.

The tyranny of the discontinuous mind

I believe many of the problems are related to what Richard Dawkins calls the “tyranny of the discontinuous mind”. We seem to have a natural inclination towards putting things in discrete categories, even when no such categories exist in nature.

The goal of a diagnosis is two divide people into two groups: those who have a disorder, and those who don’t. However, most mental disorders exist on a spectrum, and there is no precise boundary that cleanly partitions people into these categories. Any attempts to define such a boundary will inevitably lead to disagreements, since some people will argue the criteria should be relaxed, and others will argue they should be stricter. This is an unavoidable consequence of information loss when applying a threshold to a spectrum.

This is not an easy problem to solve. There are practical reasons why it is useful to have formal criteria for a diagnosis. For example, how else would a healthcare insurance provider decide who is eligible to be covered for a treatment? Therefore, the DSM plays a vital role in mental health treatment.

The main lesson is that a clinical diagnosis is only part of the story. People with mild symptoms can benefit from therapy, even if they don’t fit the criteria as specified in the DSM. This has some implications for online treatment, which I’ll talk about in a future post.

How are social anxiety and depression related?

Social anxiety and depression often occur together, and research has shown that targeting social anxiety can lead to an overall increase in mood and happiness. In this blog we look at an example of how the two can be connected. 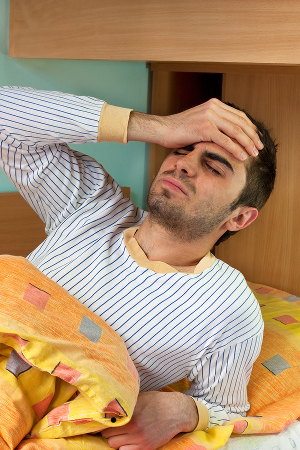 A thought pattern that can be a contributing factor to depression is rumination. Let’s consider the following scenario: you’ve been to an evening party, and the first thought that pops into your head the next morning is “Oh no, did I really say that? I wish I hadn’t – I may have offended someone.” You continue to dwell on the thought, and over time your feelings of anxiety amplify. Eventually, you convince yourself that it was a terrible scene, and you become angry and upset.

Rumination following social situations is a common symptom of social anxiety. The social anxiety is leading you to (a) set unrealistic expectations for yourself, and (b) over-analyze the event after the fact. By targeting social anxiety, you will be less likely to ruminate, and therefore spend less time being self-critical.

As a side note, this is consistent with the results that we are observing with our social anxiety program. In particular, there is a (statistically significant) decrease in symptoms of low mood for those who complete the program. Dealing with social anxiety can have follow-on effects that lead to a happier, more fulfilling life.